A solid foundation in logical thinking is important for lifelong learning. However, a significant proportion of children enrolled in school are not learning even the most basic skills, with learning inequalities starting from early childhood. This partly is due to lack of assessment mechanisms that provide evidence for the public as well as policy action to address the learning crisis. This project will respond to this challenge by scaling a digitally adaptive common-scale math assessment tool called Citizen Led Assessment of Numeracy (CLAN) that is tailored for assessing, reporting and providing community and school-relevant data that can be easily understood by parents and communities.

The origins of CLAN can be traced back to 2005 as an innovative approach that assesses the basic reading and math competencies in children. This citizen-led initiative was first developed in India by Pratham, based on the belief that people need simple but rigorous measures of social outcomes to generate data they can use for change and improvement. Pratham began years ago and now have an internationally-recognized Annual Status of Education Report that covers over a dozen countries. CLAN is administered in the home, thus capturing information on children who are not in school either due to age or marginalization – children who are not visible in other national and international school-based assessments.

CLAN was implemented in one rural district in 13 countries in 2019. KIX will support the expansion of the tool from one district to three districts in 11 countries in Africa and Asia. The project will also expand the tool to include foundational math skills with the goal of producing community-understandable but internationally comparable data on early math skills, capturing quite marginalized populations. 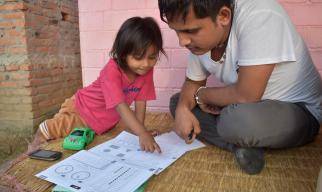