Educational Financing in Africa during COVID-19

Author Date WrapperBy: Farai Samhungu Posted: 01 October 2021
This blog was commissioned by the Global Partnership for Education Knowledge and Innovation Exchange. The author, Farai Samhungu from CommsConsult, examines financing education in Africa during the pandemic. 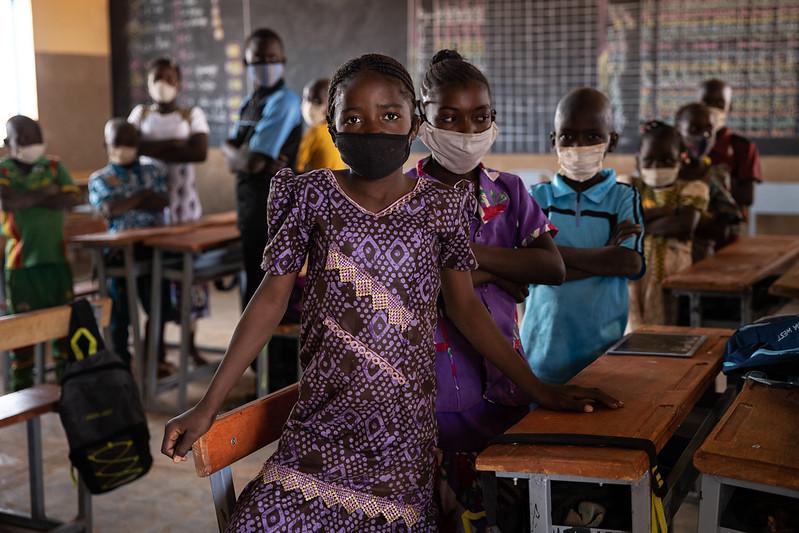 At the peak of the COVID-19 pandemic, school closures left 1.6 billion children out of school globally: over half of these were from lower income countries. At a recent webinar hosted by the KIX Observatory on COVID-19 Responses in Educational Systems in Africa, Professor Sarah Anyang Agbor, a Commissioner at the African Union (AU), noted that: “In Africa, by the 6th of April 2020, 53 AU Member States had shut down their institutions of learning, leaving 20 million learners out of school at the pre-primary level, 100 million at primary, 56 million at secondary and 8 million at tertiary level with no access to teaching and learning.”

Jane Egau Okou, Commissioner for Teacher Education in Uganda, described the multiple pressures: “As schools scrambled to close quickly in March 2020, teachers were unprepared to continue instruction remotely without training for distance learning, materials and technological support. Parents weren’t prepared for children spending time at home without the means to continue and support their education. And children weren’t prepared to learn on their own.” The situation was confusing for everyone.

Children from vulnerable groups such as girls, refugees, and those with disabilities were affected the most. Africa’s education systems, already struggling with gaps and inequalities in education provision, were sorely challenged. The pandemic challenged governments to explore “alternative ways of teaching without compromising quality”, said Agbor when the KIX Observatory on COVID-19 Responses in Educational Systems in Africa was officially launched.

The education crisis galvanised funding partners, governments, and education experts on the continent to critically examine the scale and nature of funding to education. Specifically, they wanted to see “whether and how the money spent had supported good quality education outcomes especially for girls and boys, those living with disabilities, and disadvantaged groups.”

As part of its mission to contribute to knowledge and scholarship on international education, the KIX Observatory contributed to the fresh debate with the publication of its report: Financing Education in Africa during the Covid-19 Pandemic. In April 2021, the KIX Observatory brought KIX stakeholders together in a webinar to discuss the report and its implications: a key function of knowledge exchange that KIX supports.

COVID-19 was a major shock on a fragile education system

Before the pandemic, “40 percent of children in Africa were considered to have a low-level of well-being, which means they have inadequate access to water, sanitation, nutrition and generally lack space for education”, noted Rita Bisoonauth, Head of Mission at African Union International Centre for Girls and Women’s Education (CIEFFA).  “With COVID-19, the number of children affected has increased and gender inequalities widened, especially during school closures”, she added.

“In spite of significant gains recorded in education, education systems on the continent were already weak”, according to Bisoonauth. “When the crisis hit, development financing shifted to quickly respond to support and strengthen public health systems that were buckling under the pressure from COVID-19”. This shift further weakened already fragile education systems.

Across the world, teaching was taken online to reach children forced to stay at home. In Africa, distance learning that depends exclusively on technology has made visible and exacerbated existing inequalities. “According to the ITU, 216 million learners in Sub-Saharan Africa do not have a household computer and 26 million are not covered by a mobile network”, says Agbor. “In 25 Member States, over 75 percent lack internet access.”

When schools closed, investments in most countries focused on four main areas: distance learning, including training teachers how to use the technology needed for it; providing water, sanitation, and hygiene (WASH) materials in readiness for when the schools opened; and supporting vulnerable populations, such as children with special needs, girls from marginalised areas, and refugee populations.

Rwanda developed “a COVID-19 Education Sector Plan” in response to the crisis.  “We have invested in training of teachers in online teaching and assessment, provided schools with washing stations and building 122,000 new classrooms to decongest schools that are overcrowded”, says Hon Gaspard Twagiyarezu, Rwanda’s Minister of State for Primary and Secondary Education.

The Global Partnership for Education (GPE), through its special funding window to support education initiatives in partner countries during the pandemic, mobilised US$500m.  According to Focas Licht, nearly three quarters has been prioritised for psychosocial support, hygiene, nutrition, equity, including support for re-opening of schools, and planning for resilience.

The sums are large, but the need is greater

Competing priorities between public health and education spending is putting many governments under immense pressure. The majority of speakers at the KIX webinar agreed that the majority of African countries lack capacity to fulfill the “20% global benchmark on support to education”. And all this is happening in an environment “where education spending is likely to stagnate, the gap in annual financing needed to achieve SDG4 is estimated to increase from US$148 billion to US$200 billion, and aid to education could fall by up to US$2 billion by 2022”, notes Focas Licht.

How are governments tackling the problem?

The pandemic placed the majority of families under economic pressure as they saw their mobility restricted; their jobs disappear; and their national economies shrink. According to Agbor, “many children, especially young girls, were forced into child labour and early marriages”. Findings from KIX research revealed that governments responded to these issues in two ways: with policy instruments and with extra money.

The wave of teenage pregnancies has given impetus to policy revisions to support the readmission of pregnant girls and teenage mothers into school. Zimbabwe has allocated US$123 million to revise its Education Act.

Research shows that equality in enrolment for boys and girls is generally level at pre and primary school, but the gap widens at secondary and tertiary school levels. “Gender disaggregated data to explain why such changes happen is insufficient or missing altogether”, says Mdachi.  “Yet, better information will contribute to education planning and strategies that take into account barriers to gender equality.”

The AU intensified its efforts to support girls to go back to school through 'AfricaEducateHer’, a campaign to raise awareness and mobilise resources to get girls back into schools as they reopened. “We were aware that many girls had no chance to return to school due to the pandemic, early marriages, and teenage pregnancies”, says Mdachi.

CIEFFA has called for “Gender intelligence” as a strategic approach to better address gender equality. Gender Intelligence Group defines gender intelligence as a paradigm shift that focuses on “naturally occurring characteristics that distinguish men and women beyond the obvious biological and cultural, to include attitudinal and behavioral differences”. “This understanding will contribute to better outcomes for girls through policies that prioritise gender equality and ensure that no one is left behind”, says Mdachi.

What needs to be done?

To build resilience and quality in education, Africa needs sustained funding and an expansion of domestic revenue to support education initiatives, says Focas Licht. GPE has launched a campaign to mobilise US$5 billion in five years to strengthen education systems and to protect gains made in education. The Global Education Summit 2021-2025 will bring together world leaders and the global community to pledge financing to support quality education for all children. This summit is part of the Raise Your Hand financing campaign launched in October 2020.

Experts at the KIX webinar called on African governments to innovate, tackle inefficiencies, and make investments in those areas that matter most and where returns to investment is high, such as early childhood care and education.

Agbor exhorted governments during the COVID-19 pandemic and in other emergencies “to invest in bridging the digital divide and in green energy”. She encouraged strategic partnerships “between finance, energy,, and infrastructure to set up facilities to support innovations in education.” 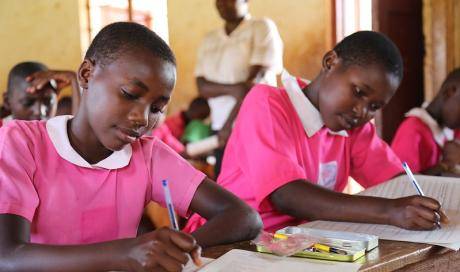 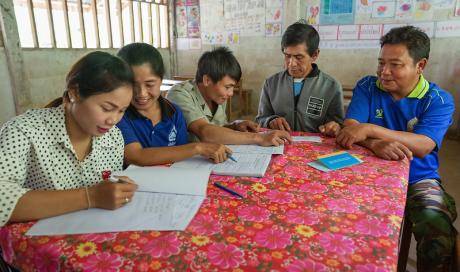 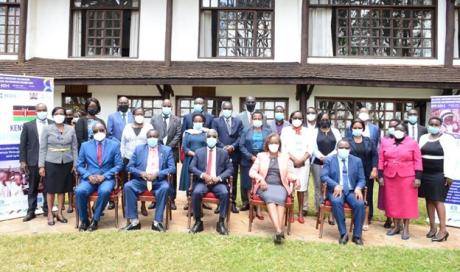